Schur-Weyl duality is often used to relate type A Lie groups (or quantum groups) to symmetric groups (or Hecke algebras). In this talk, I will describe an instance of this Schur-Weyl duality, between representations of the type A quantum group at roots of unity and representations of the Double Affine Hecke Algebra. The construction uses ribbon calculus and news combinatorial objects called “doubly periodic tableaux”. This is based on joint work with A. Chandler, A. Mellit and C. Novarini. 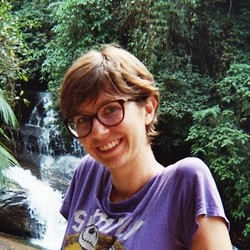